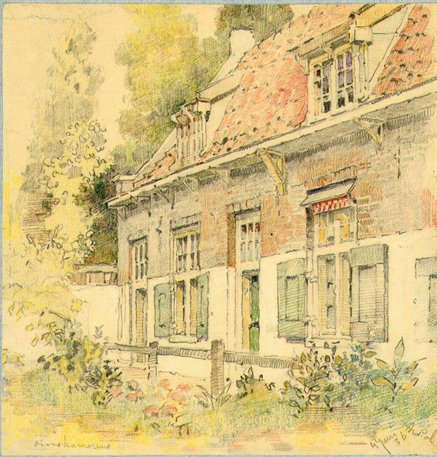 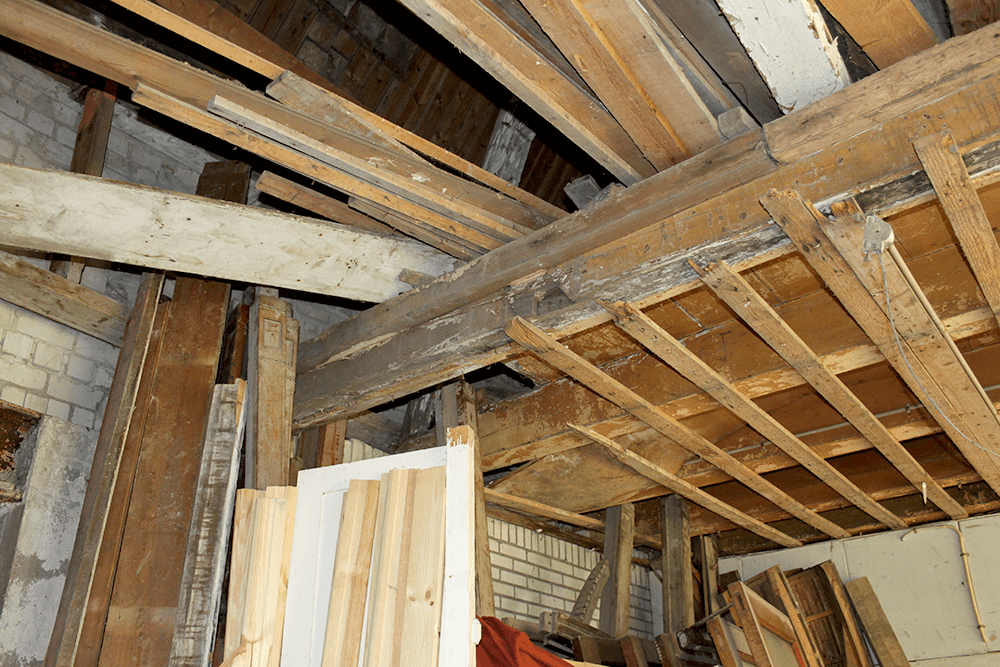 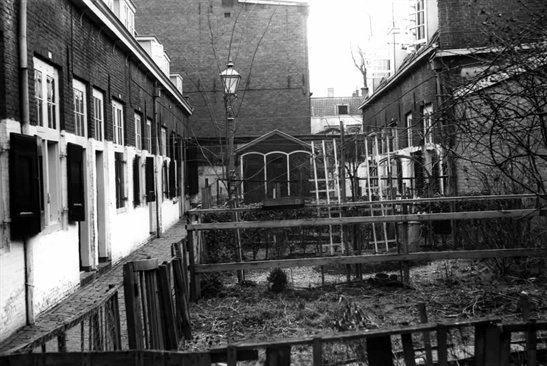 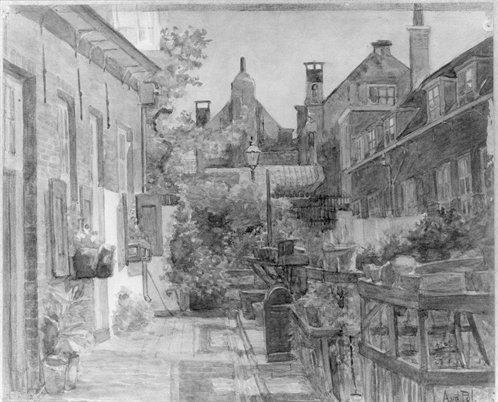 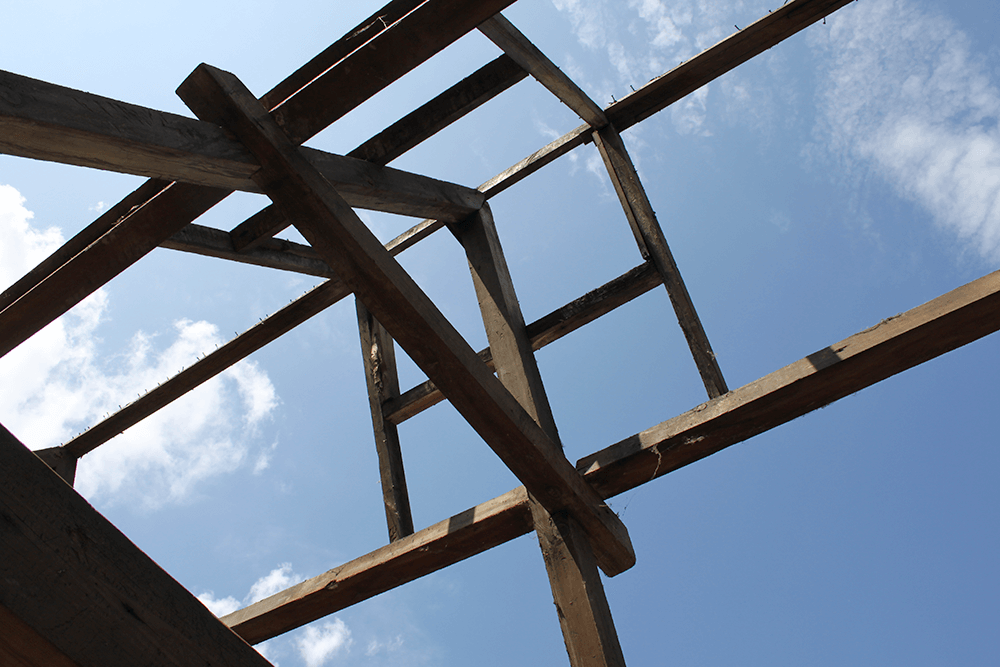 Sionskameren (rooms of Sion) were built in the 15th century by a shoemaker whose name was Claes Govertzoon Cas. At first Sionskameren were 15 small houses next to each other, named The Trinity, Jesus, Mary and the twelve Apostles. These names were written above the front door. The houses were meant for people of at least 50 years of age. These very simple houses had only one room downstairs and an attic on the first floor. The walls in between were made of wood…

Three of these houses were teared down in the 17th century, and instead three new houses were built at the North side of the existing buildings. This is how the Courtyard arose. One could reach Sionskameren through a very narrow alley. Still, at the Nieuwegracht, you can find a small door (between house numbers 87 and 121). Above this (19th century) door you can find a curved stone with the word Sionskameren.

In 1950 the condition of the small houses was so bad, they were considered lost. A fire in three of the houses made this worse, and in 1958 complete demolition started. Eight of the houses went down, and plans were made to finish it all. This never happened and the ruins of the Sionskameren were left alone. Plants, cats and lots of mushrooms ruled the area.

In 2010 Willemijn and Dirkjan Haspels bought the remains. An intense restoration of almost two years followed, and part of the Sionskameren are now your Bed & Breakfast.